Aleppo soap is named after the city where it was first produced by hand more than 2000 years ago.

Aleppo’s strategic trade location attracted settlers of countless races and creeds, which facilitated the exportation of its soap. It is believed to have been introduced into Europe during the Middle Ages, at the time of the Crusades and it quickly became known all around the Mediterranean area, prompting the production of other kinds of soap.

What makes this soap unique are the properties of its natural ingredients and its exclusive manufacturing process, which includes a curing period of at least 18 months.

Although our exact formula is kept secret, the basic steps involved are as follows: 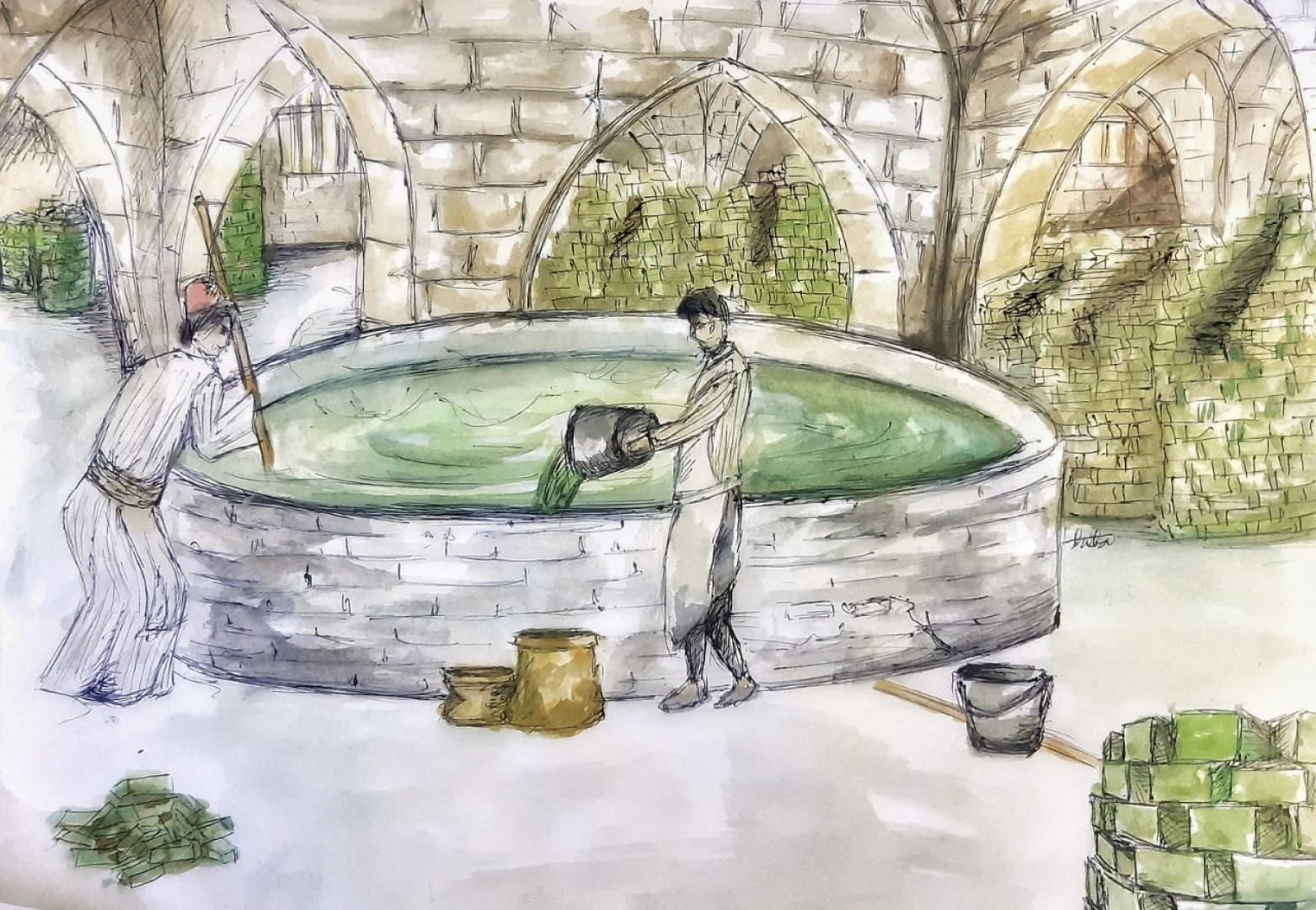 This process begins in November, when the olives are harvested and then pressed to extract their oil. One of the key factors in the production process is the slow boiling of the olive oil, together with the vegetable caustic soda and water at 200ºC until it becomes a paste, to which the laurel-berry oil is then added.

Having confirmed that the paste is of the highest quality, it is spread over a surface and is left to harden before it is cut. The resulting roughly cube-shaped bars of soap are then stamped by hand with our family stamp.

The soap is finally stacked, leaving space between each bar, and stored for months in a cool, dark, dry place. The air and the passing of time cure and dry the soap, giving rise to its characteristic colours: its brown outer coating and stunning intense green centr.

Our experience, commitment and thoroughness in the production of our soap are what make it unique.